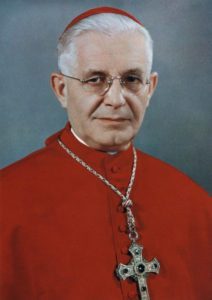 Lawrence J. Shehan was a Baltimore-born young boy who spent his education in Catholic schools around the Baltimore area. In 1911. Shehan discerned into the priesthood and joined St. Charles College in Catonsville, which was a college seminary. He proceeded on to St. Mary's Seminary in Baltimore in 1917.

In 1920, Shehan was sent to the Pontifical North American College in Rome where he received a Doctorate of Sacred Theology after a few years. Upon the completion of his terminal degree, he returned to the United States, and served in various roles in the Archdiocese of Baltimore from 1932 until his next appointment. 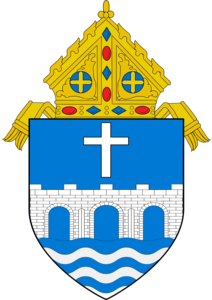 In 1965, during the Second Vatican Council, Pope Paul VI created Shehan a Cardinal. Cardinal Shehan was honored to be the second of Baltimore's Archbishops to assume this responsibility.

Throughout his life and his work, Cardinal Shehan emphasized the importance of seeing the beauty in all human people. He encouraged people to treat others with the same human dignity that each human being was gifted with at the start of life. Cardinal Shehan resigned as the Archbishop of Baltimore in 1974, ten years before his passing in 1984. We carry his lessons and work in what we do at the Cardinal Shehan School.

Cardinal Shehan School has a long and proud history of service to our students, community, and to our dedication to create a peaceful world. We are the proud legacy of the merger of two remarkable Catholic elementary schools - St. Matthew and St. Thomas More Schools, with the guidance of the religious communities of the School Sisters of Notre Dame, the Sisters of St. Joseph and the Oblate Sisters of Providence. In 1988, St. Matthew and St. Thomas More merged to form Cardinal Shehan School, an inter-parish school.

The special mission of the school is to work intensively to develop peace. Teachers work with students to equip them with peacemaking skills, while parents are called upon to work with the school in bringing peace to their households and communities. The Cardinal Shehan School is creating a peaceful world, one student at a time.